We were talking on a different thread so I thought I would post this about Boy Scouts.

My most memorable boy scout moment was when we went on a four day three night campout on the ocean. Let’s begin this by saying my family was too poor to own a camping back pack, I had to use a suitcase and a bag (damn I hated being poor as a kid). The events started when we arrived at the parking lot (on the coast) and realized we had forgotten our tent polls. This resulted in us having to sleep under park benches (with the tent strung across it) after walking five miles to the beach.

The first night we got there we buried our food because we were too tired to want to hang it (me and two other scouts, the rest hung their food, we should have followed suit). The bears ate the food except for top ramen and grape kool-aid that night. Needless to say the Scout Master was pissed at us. That is what we subsisted off for the next three days.

Next evening we got caught out on a spit with a huge hill that extended into the ocean (I am sure it is a hill now, but at that age it felt like a small mountain) so we spent a cold night with no tent huddled for warmth.

By the third night we ended up sick with a stomach bug and was puking. The pic is of me (in the yellow raincoat) on the fourth day, the meal we were eating before we were hiking out. My assistant scout master gave me some oatmeal, since I had been stuck with Top Ramen for three days.

Our full scout master was a good guy, but he had us live off what we brought as a lesson… Ya it was like that

Though this was 30 years ago or so on the ocean side. 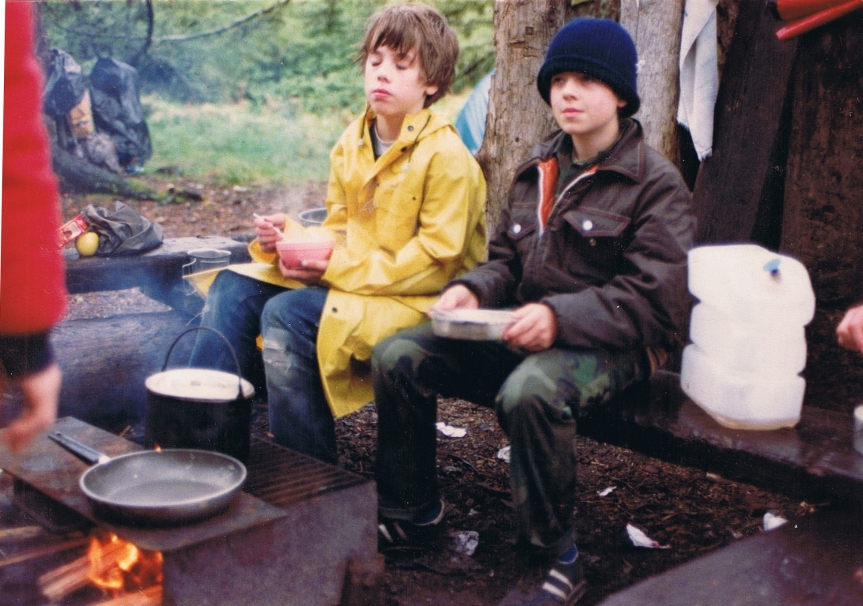