Well this last Thursday I had a scare. Lately I have been having a lot of back problems, and I arrived to work at 6am like normal. Within fifteen minutes my back was locked up. What really worried me was another 15 minutes and I couldn’t breath (it felt like an elephant was sitting on me) and then I became nauseous.

Now, it might not sound like much but those are all classic signs of a heart attack. I was fairly sure it wasn’t one, but after an hour of it getting worse I decided the last thing I wanted to happen was to be found dead at work. I then ambled into the urgent care that is only a mile or two away.

They immediately seized me, called a triage nurse and rolled me in. They were absolutely the nicest nurses I had ever met. They did the normal EKG/X-ray and discovered to my joy that my heart is absolutely fine (and actually 15 years or more younger then they would expect with my age in condition).

However, they reassured me it was good that I came in. The symptoms were presenting very much like a heart attack. What they did fine was I have some thoracic muscle spasms and possible some nerve damage/issues with the nerves that run around the front of my chest. The doctor was also worried I might have a collapsed vertebrae. However none of this will kill me. They gave me some muscle relaxers and let me go. They made sure to say even with the back problem to come back in if I had the same symptoms.

So I will leave you with a picture of my room. 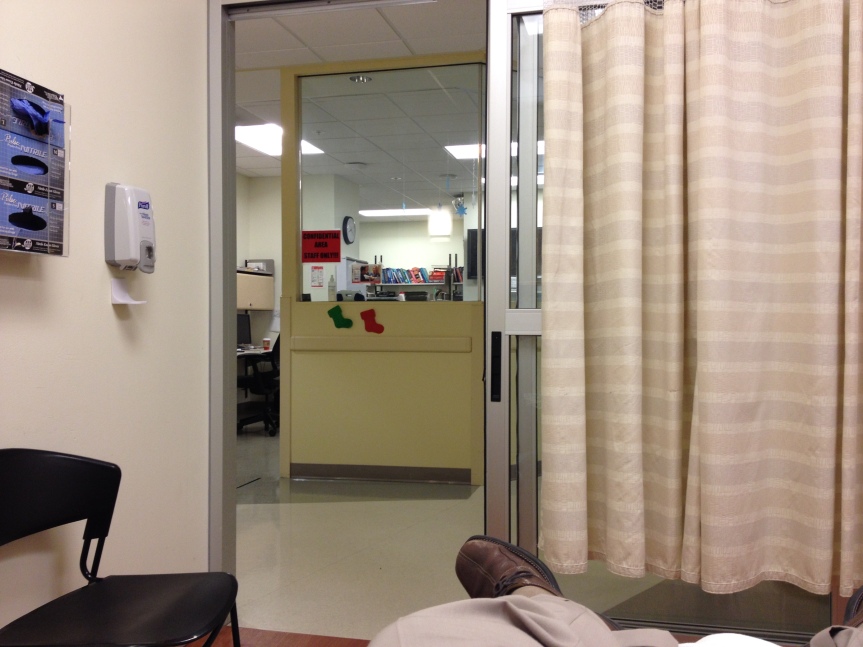