This is a cross post from my accidentally gay blog here: https://accidentallygay.com/2016/06/27/i-get-it/

Definitely check out Wolsey’s post, he did a better job at this :).

I mean, I always got what the whole Gay Pride thing in June was, and especially the Seattle Pride parade was about, but I think I finally get it. Before going to it yesterday I was happy that it happened, I was glad people could attend but when asked if I was interested I was usually “meh”.

However, after a close couple asked us to go (Wolsey and myself) we decided we would try. I still wasn’t sure at the time, I was in Denver all week, then on Saturday I was in Bellingham (over a hundred miles from my house) dealing with my father’s headstone purchase. I really wasn’t sure I would go. I thought maybe I would bail out at the last minute.

However, we had a good trip to Bellingham, woke up the next morning and both Wolsey and I’s normal shut in type personalities were not on. We were good with going so we went.

We showed up early, thanks to M. I really appreciate that M showed up hours early, got us a secure spot in the shade towards the end of the parade. There I met T, R and I along with my friends Vince and Lisa. There Wolsey and I set up with newly purchased camp chairs from Target, in the shade and waited.

The waiting was fun. We talked with our friends and newly met acquaintances and enjoyed ourselves thoroughly. I still didn’t really understand how this worked. Everyone was nice though, and there was a lot of glitter and bright colors. It reminded me of some of the white trash outings I had as a child.

I really couldn’t tell you what specifically changed with my experience. I was quiet at first, watching the parade go by. The happy people, both crowd and marchers was fantastic. The dancing was very uplifting, and the open acceptance was new. By the end of it I was cheering loudly for each group that went by. It didn’t matter if it was a small group of individuals who looked nervous, or a huge, corporate backed entourage. I felt I wanted to encourage everyone to come back next year.

We did have an encounter with the “God Hates Fags” type people there. I think I will probably post on that separately in detail. However, suffice to say there were enough people who cordoned them off and kept them out of the way (proudly I was part of that).

I was also happy to see the church people. I am personally a combination of deist/buddhist because I find so many unreconcilable issues. However, I felt I should especially welcome those religious people who come out to show their support for the LGBTQA community. I realize why a lot of people don’t give them an inch, I can understand that reasoning. I just believe things don’t change unless both sides can forgive and mend the bridges.

There was a sobering part of the parade on a personal level. A work friend of mine met up with us. They were chatting away and mentioned the “T” word in passing… Yes, in a group of people we were standing with, and which the friend knew there were transgender people, they uttered the T word in passing, as if they had a right to it. 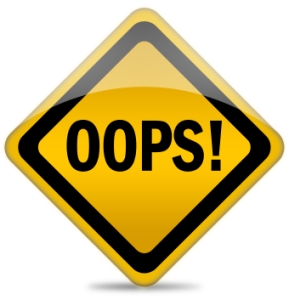 I still really haven’t approached that situation. I know I need to speak to the person about it, but I am trying to figure out a way that won’t either leave me rolling over and tolerating it (Wolsey was so angry) or making my life a hell at work. I think I will just talk to the person and explain it is absolutely unacceptable and hope for the best.

The friend went off with their other friends for lunch and we went back to the parade, enjoying ourselves and while it took awhile to forget, the joyous celebration eventually made me so entranced I didn’t think much about it until it was over.

As the parade ended I found myself both disappointed it was over, and happy it happened. I found myself anticipating next year and that is when I finally realized it…

Shortly after this photo the hubby was looking concerned and I asked what was wrong, he was worried about me popping out, so he taught me the safety pin trick. I thought I just had to be careful hahahaha. #mtf #selfie #trans #transgirl #transselfie #transgender #disasterunicorn
On Friday headed out for a bunch of med appts. #mtf #selfie #trans #transgirl #transselfie #transgender #disasterunicorn
This is why we don’t go out much, not with or without a mask. For some stupid reason people forget the death rate is worse than last year at this time. #maskup #vaccinate
All you people going on about 9/11 need to shut the fuck up if you aren’t vaccinated and masked.
#flashbackfriday #fbf 9/9/17 yes that is me on the right, hubby on left exactly four years before my most recent selfie. #pretransition #trans #transgender #mtf #ftm
… and my most recent selfie.