I have been incredibly quiet, but not because I forgot to post here. There is a lot of things happening and to be honest I haven’t had the time.

Physically I am doing great. I feel so much better then I did before this process started. The hormones don’t seem to have any ill effect except the expected results of testosterone blockers (but nothing overall bad), just caught off guard, this will be a future post.

I have lost more then 45lbs since March, and not from any specific diet, purely because I stopped eating junk food. I also think this ties into my mental state as well as I have way more energy.

Mentally the transition is also spectacular. I haven’t felt this good since I was a teenager. My depression symptoms have left and I feel better about everything. Don’t get me wrong, there is a lot of stress about quitting my job in three weeks and the fact I will at the minimum lose 30k a year for whatever job I do get (if I get one).

The job loss though I think is also contributing to this better feeling in its own way. The Department of Defense is incredibly toxic in general. The election of Trump and Pence has given informal permission to every bottom dwelling conservative who wants to discriminate a way to speak out about their hates. 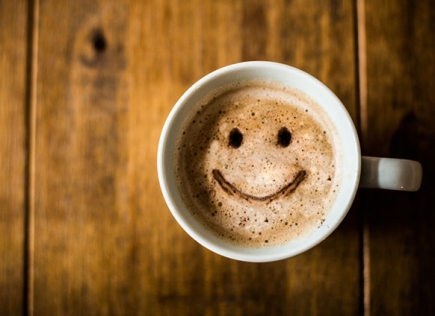 The other stressor is our move. We already have a place lined up, we should be ok financially to do the move, and if the hubby gets cashed out like he is supposed to it might even pay the car off. We even have it figured he can just break even supporting us both if I am unable to find a job.

It is a cheaper place, but with nice amenities, and close to the hubby’s work. I think it is a good place to start on our journey out of here both DoD wise, and Seattle wise.

There is a lot more going on, but that is enough for one post, will have to post about the other things separately.

Until then, take care.

Quick selfie… Ugh, the county asked me yesterday to come in and do a short video interview today.
Flashback Friday: May 2019 going under my first surgery (all the initial bone/skull work by Dr Ley).
Shopping before going to my doc appt. having an anxiety attack about not wearing a mask while shopping. Full 2 weeks was yesterday for full vaccination. Haven’t been without a mask in 15 months. #selfie #transselfie #trans #transgender #mtf #transgirl #horriblelighting
Throwback Thursday: this is me pretransition in 2011/2012 so 9.5 years ago at the age 40-41. #selfie #pretransition #pretransitionselfie #mtf #trans #transgender #transgirlintheegg #egg #transgirl
Quick photo from yesterday. A bit tired, can’t put on much makeup due to an unfortunate incident with clay eyeliner and a huge stye, work is a flaming dumpster fire but life is good! I am truly happy! #selfie #transselfie #mtf #trans #transgender
Hubby says this is me. I can’t argue with him. I mean I wouldn’t want to offend him 😉