I woke up this morning terrified from a dream I can’t remember, anxiety about things coming up, and obviously some self dislike at the least.

As I talked about earlier I am hoping this week to give notice to my current employer. If things work out I might just mic drop and walk out of the job since it will never appear on any sort of linked in, resume, etc. I have only been here 8-10 weeks in the end, so it isn’t something I am going to use for future job growth. 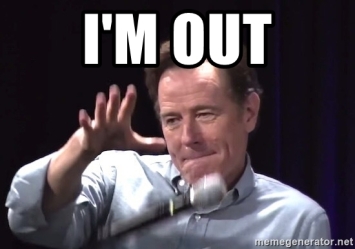 That being said, we can absolutely afford me taking a couple of weeks off before starting my new job, but I woke up anxious about my pay from the new job. I woke up terrified I was screwing us. It isn’t necessarily the wage I am making more than an adequate job to live, but a large drop in what I make now, about $20,000 a year less then my current job. To be honest even with almost $140k in student loans we can make the payments and have a really good life, even if we would rather go back to working at a coffee shop/book store.

The cost of my FFS is what is freaking me out. A very rough estimate is in itself $20,000 for the surgeries I want, plus up to two weeks in a hotel, two flights down to Arizona and back and anything sundry. I am worried I am making my husband work at a job he is not fond of to be our primary support. We both make about the same, but there are multiple other surgeries coming up that makes my work erratic (orchiectomy, breast implants, probably a tummy tuck from my extreme weight loss and even a thing on my neck/chin – close to a face lift). All of these combined is more than my student loan.

Let’s not even combine the fact that I am on the higher end of 40s. Not like I have 40 years to pay this shit off… well hopefully I do but that means retirement sucks.

I logically know we are doing a good thing. The funny thing is, if this was for the hubby I wouldn’t even blink. I would be down for it and insisting he do all the surgeries he needs to be who he was and never feel bad for a single moment. It is because it is for me that I feel that way. Even knowing this logically it makes my stomach hurt and me terrified I am fucking up things for us. Especially that I might be fucking him over.

I realize I am going to have to get over it, there are other more real issues such as dealing with the public now that I am almost to the point I will be public. I just can’t get over shackling my husband with “golden chains” for my needs. He deserves so much more than that. That is what I woke up terrified about, that I was going to hurt my husband.