Camp Horizon is located in Birch Bay Washington (the site of an old Air Force Station) that provides recreational facilities for individuals with developmental disabilities. I was fortunate enough for two, one week sessions, to be an assistant counselor. It is something that has stayed with me for my life, or at least the last 30 years since I did it (1988). I ended up going up to Birch Bay in summer of 2017, and while I was there I decided to go back to the camp and take some photos. In addition I do have a couple of photos from that time.

Funny enough, I had lived in Birch Bay in the fall/winter of 1987 at the age of 15/16 and I never knew this place existed. Then we moved to Bellingham that spring. There I attended Bellingham High School. When I was at the high school, I somehow got in contact with a nice young man named Russ Nelson. He was the stage/videographer for the high school. To this day I can’t remember how he got me interested, but he talked about Camp Horizon and I should volunteer as an assistant counselor.

This was a new thing for me. I had just gotten done being homeless for a year+ and then living in Birch Bay (once again I didn’t know this place existed). I thought this wouldn’t be bad to start with on my resume. I believe it paid $50 for the first week and if I went the second week it went up to $75 (although I could be off a bit). So I agreed to it. Russ was kind enough to drive me to the camp (which was about 30 miles from my home).

I got to the camp, met several other assistant counselors (and a couple of college aged counselors) and began my short lived career as a camp counselor. We were there for five days each session I believe and our days consisted of bunking in the dorms, getting up, running classes, movies, gym activities, and most importantly just being there for the campers.

It was the first time I worked with people more disadvantaged than me and I loved it completely. I will be honest though, it probably helped that I had regular meals, recreational activities and no drunk parents (they were in a bad place at this time). To this day I still remember Dayleen (I am sure I did not spell that right). A young girl who was deaf, with some developmental disabilities and I believe cerebral palsy. It is because of her that I learned my numbers and letters in American Sign Language, along with the way to say “Cookie Monster” and a couple of other phrases.

My three strongest memories were waking up and hearing “I wanna dance with someone” by Whitney Houston, going downstairs and meeting up with Dayleen. I don’t remember exactly what we were working on, I just remember her being so excited about us playing and her signing “Lucky” or some variation of it when she saw me. Sadly I had a picture of her but once we started moving a lot as an older teen, it disappeared in one of our many homeless moments.

My second strongest memory was wrapping up my first session and feeling incredibly sad that it was over. It was followed up with getting home and my parents were on a run. There was loud arguments, loud music and much drinking by several people. I just remember wishing I was still at camp.

My third memory was Melody (I think her name was Melody, not Meloney, but I could be wrong). She was one of my many unrequited loves. I was very quiet as a teenager at this time, and I never figured out how to ask her out, or do pretty much anything. However, my favorite memory with her was laying under a tree, next to her and talking for a long time (probably longer than I should have since I was after all a counselor). 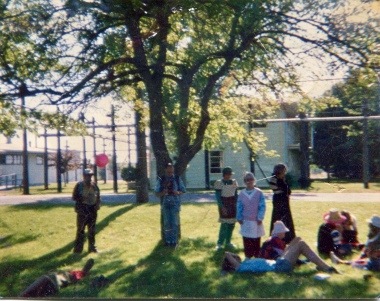 That is me lower right laying down under the magic tree

The two sessions went by very quickly and before I knew it I went home and collected my check for the two weeks. I believe I bought my parents an anniversary present and my brother a birthday present with it, never spent a dime on myself (I think the remaining went to house bills). I never was able to go back the following year. This was because by that time I was working full time and supporting my family.

Fast forward to summer of 2017 and we went up to Birch bay and stopped by the camp. Surprisingly there were people readying the camp for this summer and we talked with them. They are up to 6 or 7 weeks a year of sessions and they have been constantly updating the place. They were kind enough to let me take some pictures. So below is our gallery and it includes photos from my adventure and last weekend. I know we had other photos, if I find them I will add them. 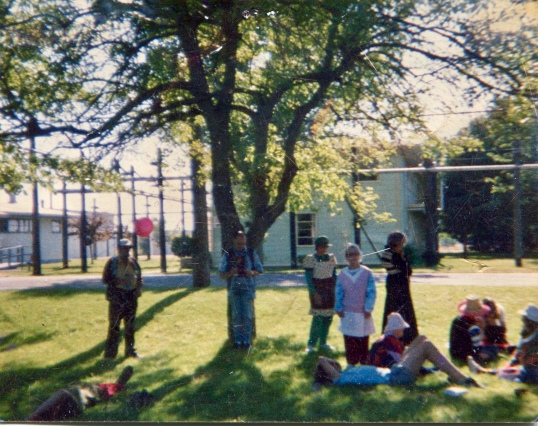 That is me lower right laying down under the magic tree 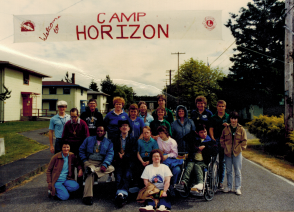 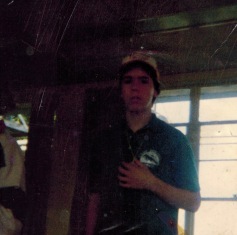 Snuck into this cabin to hold hands with a girl. 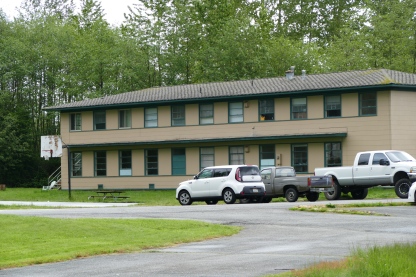 Cabin I slept in, but 29 years later 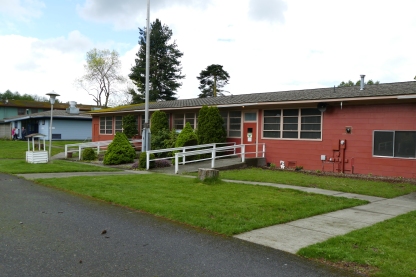 Office/Cafeteria, the same but a new coat of paint.

Lots of fun in the art room

Door to the cabins 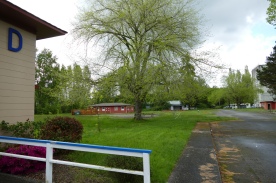 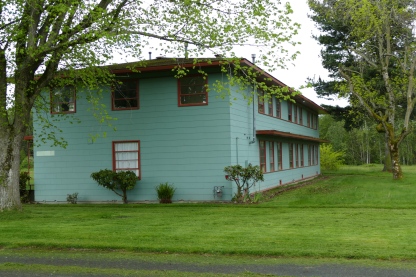 I slept in this cabin the second week