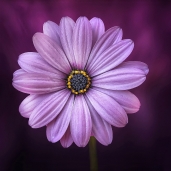 I have always had mental health issues. These have included such things as diagnosed depression, diagnosed severe PTSD, I can be manic and I wonder if I am bipolar like my father (never been tested for this). I have known something is off mentally for my whole life, and to be honest that is partially why I never confronted being transgender. I was worried that it was all wrapped up and my being trans was a sign of mental health problems, not of who I truly was. I can say categorically now that isn’t true. Transitioning has saved my life, and I don’t think I am being hyperbolic. The only unfortunate thing is that it comes with some unexpected side effects.

I am not sure if it’s the fact that I have to relook at every aspect in my life and change to be who I need to be as I grow into the woman I am, or maybe it’s just the estrogen helping me change how I think. Either way it doesn’t matter, it is just happening. This means I have bad days and good days. I think that is better than before when I had “nothing” days.

“Nothing days” were normal for me. Most everything was by rote and sort of blended together for me.I didn’t hate anything, and while I loved some things greatly, I always felt fake, a liar and undeserving. This meant I buried all my feelings and just went about my day. I would wake up not wishing I was dead, but ok with that happening because then at least my hubby would get a cash payout and he could live debt free. The only times I seemed to snap out of it was sometimes gaming, and usually when a crisis hit.

The changes over the last six months now mean I have a lot of thoughts and feelings from childhood on up to a few months ago that are pushing on me, and I can’t shove them back in the box. That makes me panic sometimes, I have relied on the box for close to fifty years and I don’t have a tool kit to deal with emotions.

This new set of emotions both up and down results in more days that I want to just hide in bed, and some days where life is great and I feel awesome. However, I almost never have a “nothing day”. I think I would rather have real emotions then to just wish maybe things would go away and the hubby might get some money. So I know this is better, even if I have to deal with things.

I was going to write a lot more, but weirdly enough it took a lot out of me just to write those short paragraphs. I suspect this will be a slow unpacking, so this is only part 1 of many.