Lately I have been freaking out about income. We are currently able to hold indefinitely on the husband’s wages, even with getting breast augmentation, and the orchiectomy (even a vaginoplasty if I go that direction). They are all covered by insurance and he is doing awesome supporting me.

So I am freaking out about the FFS. That has to come out of our pocket… except if I wanted a nose job or tracheal shave, those are covered, but those are the two things I don’t need right now. So I am looking at the countdown clock to accruing a debt I don’t have enough to do more than make base payments for a year and hope I get a job. 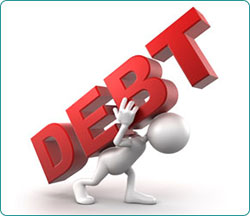 This has meant I was reconsidering going back to the DoD. Incredibly toxic environment, I would hate the job and myself, but if I could tolerate 18 months I would pay off the FFS entirely, my husband’s car and the car I would have to get to be able to commute to it.

So I reach out to my immediate supervisor. To my knowledge I left on good terms. I am completely eligible to force my way in with my tenure (there was no marks on my personnel record). She was excited and wanted me back ASAP. She recommended I talk to the Station Chief who is the overall manager. She even contacted him and he told her to have me call him.

In the past working under the station chief, he asked me to not take another job with the VA. He needed me as a highly qualified auditor and we made an arrangement and I did just that (this was a couple of years ago). I stayed at a job I hated because he asked, and also because the hubby was still there and in all honesty it was more for that reason.

My expectation was to dicker over scheduling and my time off for surgery… I was wrong.

I called him and his voice was weird. It had a tone I had never heard before and I was bit confused. He immediately asked if I was still changing my name from Lucky… I told him no, when I change my gender Lucky will actually be on my ID instead of a nickname (along with Lucia). He got really quiet.

I knew I was fucked at this moment. He got weird a bit about things when I confirmed I was going to have surgeries this year.

Then all of a second he thinks it might be a bad idea if I apply back. He said there were some “unofficial” performance issues and that the Regional Manager was lukewarm to the idea of me coming back.

I have never had a performance issue, in fact I was given an award 4 weeks after I left the agency in a paycheck for MY PERFORMANCE.

I confronted him about this. I asked if any of this was in my jacket since I HAD NEVER BEEN TALKED TO ABOUT MY PERFORMANCE. He backpedaled but kept saying maybe the other set of offices (the “not my backyard” excuse) would be better. If my performance was bad then it wouldn’t just disappear if I applied at a different office 7 miles away. Nope that wasn’t this at all, this was “we don’t want transgendered people here”.

I knew this was all bullshit, and I tried to retract myself explaining no worries, it isn’t a big deal to me anyways I wasn’t sure if this is what I wanted to do. He kept me on the phone for 20 minutes and it was awkward (ok, I could have left anytime but I have my own issues about being assertive).

So evidently now that I am having “surgeries” and transitioning, my performance was an issue at my last job. However these performance issues are “unofficial” and are not in my records at all.

It does absolutely reaffirm the husband and I’s decision to leave when I started my transition. It would have been hell there and I probably would come home crying every day, or in trouble for becoming too aggressive in return.

So now I am broke, worried about a fiscal cliff, but reassured we still made the right decision. So if nothing else this upsetting incident also just reassures me there are no regrets from quitting that piece of shit job. 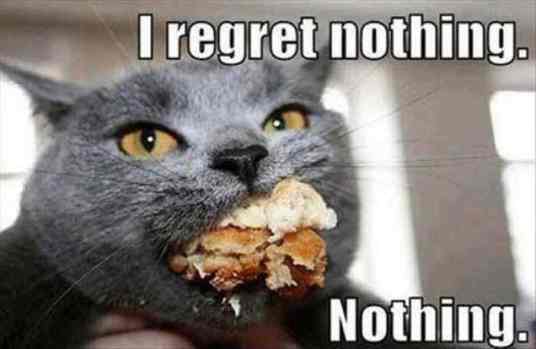 The testing was a failure. The testing is to confirm my esophagus is capable of having a hernia surgery. I throw up multiple times daily for last several years and they think it’s probably the hernia I have.
Someone does not like the smell of the nose tube and gear. Tally disapproves! #tally #tallydisapproves #tallyoneeyedcat #tallythepiratequeen #cat #cats #oneeyedcat #oneeyedcats
90 minutes after that last photo. The scoping was a tube 3 times bigger than this one, so this wasn’t as bad.
Throwback Thursday, Here is me visiting my grandmother Elizabeth when I was 1 or 2, sometime late 1972 or early 1973 at “Purdy”, aka Washington Correction Center for Women which is one of two women’s prisons in Washington State.
Heading out with no makeup and looking grungy to get my esophageal manometry. Going to scope my esophagus and stomach to make sure I can get a hernia surgery. Next photo will be me with the tube/sensor I ha e to have through my nose and into my esophagus just above my stomach sphincter. Fun times! #mtf #selfie #transselfie #transgender #medical #EsophagealManometry
Just an FYI, if she ever lied and says we abuse her, know that Tally is a cat and therefore a liar. Look at all the “abuse” she puts up with. #tally #oneeyedcat #cat #tallythepirate #tallythepirateprincess #tallythepiratequeen