I had forgotten how much I liked music.

I couldn’t honestly tell you when I stopped caring about music. When I was young I loved music, hell I used to sing in the shower (albeit not well). However, at some point I stopped. I am sure it was the depression from dysphoria and a traumatic childhood, but I couldn’t tell you when. 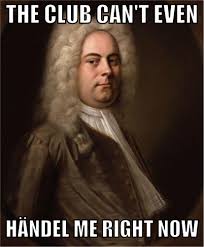 I wasn’t ever really good at music either. In elementary school I played the violin for a few weeks before they took back all the “loaner” instruments. Turn around five years later and I did play the bass in middle school. My parents couldn’t afford a violin (I was super poor) but there was an extra bass that the orchestra teacher had access too.

Eight years later, at the behest of my girlfriend, I auditioned for a choir. They loved my bass voice and wanted me in, but I ended up breaking up with her the next week so that never went anywhere (sadly, I do still have a pretty deep voice with my transition, that will need to be worked on probably). 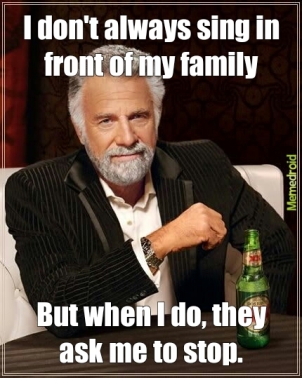 Up to age 26-27 I would collect music, listen to it a lot and just enjoy it. My music taste runs from Russian Opera, to rap, country, rock, metal and folk. Pretty much I liked everything but R&B, and to be honest I like R&B now (I disliked it then for no obvious reason). Somewhere around that point I entered my depression and didn’t touch much music. I listened to a lot of audio books, podcasts, or when I listened to music I didn’t notice it.

Fast forward to age 47 (right before I turned 48 in August) and all of a sudden I love music again. I want to listen to it constantly, it triggers a lot of memories (each song almost has a theme, or memory associated with it). I also have been thinking about doing something music wise, maybe learn to play the keyboard or something. Not to be a “musician” but to just learn something new.

I am sure my transition and my depression cracking and releasing me are what caused this. I even want to go dancing with my husband, and I have NEVER wanted to dance as a boy. Not a single time, even when I went with my husband (my wife at the time) I would watch from the table when they would dance.

I think the weirdest thing is lately the memories and associations with songs (sometimes with brand new songs I have never heard before as well). My therapist once mentioned music sometimes can unlock things, and my survival trait growing up was to forget things, a habit I do even to this day.

So the music now effects me not only emotionally, but also my memories. I think I am going to start posting songs here, with a brief memory/association I have with them. It lets me work through things, remember both good and bad things, and maybe deal with all the shit I packed away for 48 years. 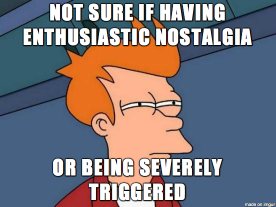 So there is that, you are all stuck with future posts with me and music. If its transitioned related association I will crosspost to Suddenly Straight, but otherwise it will just be here.

I am just thankful that I like music again. I think it means things are changing below the surface, not just on the skin level, and that really gives me hope.

Shortly after this photo the hubby was looking concerned and I asked what was wrong, he was worried about me popping out, so he taught me the safety pin trick. I thought I just had to be careful hahahaha. #mtf #selfie #trans #transgirl #transselfie #transgender #disasterunicorn
On Friday headed out for a bunch of med appts. #mtf #selfie #trans #transgirl #transselfie #transgender #disasterunicorn
This is why we don’t go out much, not with or without a mask. For some stupid reason people forget the death rate is worse than last year at this time. #maskup #vaccinate
All you people going on about 9/11 need to shut the fuck up if you aren’t vaccinated and masked.
#flashbackfriday #fbf 9/9/17 yes that is me on the right, hubby on left exactly four years before my most recent selfie. #pretransition #trans #transgender #mtf #ftm
… and my most recent selfie.