I realize saying that I am terrified will be considered hyperbole by some, but it isn’t. I have had to stop reading any news sites because of the anxiety I am getting just by watching things unfold.

Don’t get me wrong, still fully supportive of BLM, Trans Rights, etc. I however can’t watch new news stories.  Living in this kind of stress isn’t healthy and I figure until I can get my batteries recharged I don’t have the emotional stability and capability to be on it 100%. Things are bad enough I don’t feel I can even protest since being transgender and being arrested can really go awry.

I am watching my country slide into fascism, even though I know the majority can’t be like this (the scarier thought is maybe they are like this). The majority however is allowing it to happen. I am watching the setup for Trump to keep power even if he is voted out. I don’t think it will be by violence, I don’t think a civil war will happen. I suspect it will happen via the electoral college and Republican-held legislative bodies that control states electoral votes. 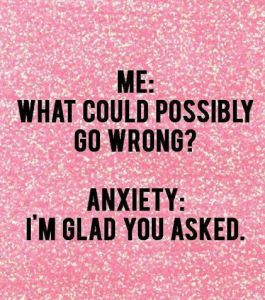 I am watching another GOP SCOTUS judge being rammed through and the Democrats are already saying even if they win the Senate and Presidency they don’t plan on expanding the bench. I am watching the rights of my sisters and brothers (and enbies) disappear in a cloud of upcoming legislation and supreme court decisions with that.

I am watching a fascist pushback by both federal and state/local governments on my non-white siblings. Along with the fact that other caucasian people like myself are ignoring it, getting “tired of it” or actively joining the fascist scumbags.

I am watching with the SCOTUS nomination the possibility of rolling back Roe v Wade, taking the rights of women and throwing them out the window. I personally don’t think its too far of a step if this happens for the GOP/Conservative Christians to start rolling back equal rights for women and minorities. Rights we have had for decades.

I am watching a virus rip through our population with no one caring. Walking outside I watch a larger than a comfortable amount of people who don’t care about the elderly or the infirm, all because they don’t want to wear masks or are upset that they cant go to a bar. I see on tv and the news other areas of the country where it is twenty times worse. More than 202,000 dead and people are ignoring it. Of course, it’s the same people who signed away our freedoms when only 4,000 people died in 9-11. Fifty times more dead and our government is doing nothing, the right doesn’t care and the old and vulnerable are being ripped apart by it. I always wonder if the right is happy about this since it hits the vulnerable the most.

I am watching the breakdown of the poor and working-class to make the rich even richer. The theft of social security, the breakdown of our infrastructure and the worship of our military increasing in size. I can’t even comment on how bad we are doing in our reputation with other countries, the destruction of our environment, and the end of the habitability for our world and us (oh, the world itself won’t end, contrary to a lot of doomsayers the world will keep on going and survive, its humans that won’t survive).

I am watching the rights of everyone who is not an evangelical Christian being suborned and removed by the Conservative Christian legislatures. We are safe for now in our state, but there are plenty of other times in history when rights and freedoms have been curtailed. Even for the LGBTQIA just have to look at Weimar Germany to see the rights can be lost. That can happen here.

Contrary to some, I have read our history and there are other times in our country when the administration has been as corrupt, SCOTUS has been bent for anti-rights for everyone and the poor and minorities are being crushed. It doesn’t change that we are rolling back more than a hundred years of advancement (spotty advancement at times). It also is quickly losing our position with the world, that doesn’t seem to bother most of the right though.

All of this in addition to my normal mental health issues that I am trying to tackle, work, and transition. The new medical concerns that have popped up and the concern I have over my husband’s health also just converge (and will always take precedence going forward).

God, I don’t even want to consider how bad it could look after a second “lame duck” term for Trump and his cronies. I am seriously considering if Trump wins again, what can we do to emigrate to Canada. I don’t think we will be able to do it. I will consider it though if it turns out to be possible.

I guess that was a long-winded way to say I am terrified right now and I am trying to figure out how to stop looking at this and making myself stressed. 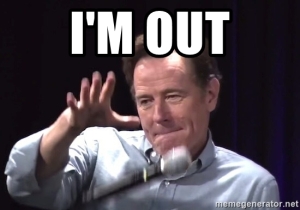