Last week I had an awesome thing happen. I was sitting in the McDonald’s drive thru (don’t judge me, I was hungry haha) and was talking to a young dark haired lady. Probably in her late twenties she was very chatty and I was dressed fairly femininely. As I pulled away she just smiled at me and without hesitation, without asking me to clarify my pronouns, she called me missus. The happiest feeling I have had about this transition after my husband confirming he wasn’t leaving me. 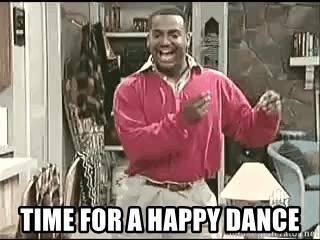 Don’t get me wrong, I am quite aware I am not passing or stealth at this time. Sometimes in a dark room, with very dim lighting maybe… but it is obvious how I am dressing and what I am putting out there. This was the first time someone didn’t ask me to clarify my pronoun, and who didn’t roll their eyes before using it.

My coworkers overall respect me and use it, there have been a couple of failures but I can’t hold that against them. I am 6’2″, they originally met me the first time I worked at my job as a male and it very rarely slips out. I get it, I don’t get mad at them, but I find it hurts now.

Fast forward to yesterday, I wasn’t dressed up too much at all and by the time I got home from work I had minimal stuff on my face. My hair wasn’t done and while I was wearing a girl shirt and uggs it still wasn’t really clear. It was more of a “fabulous” gay man then a girl look.

We went out to the local pot shop (thank god for a legal state) and while there we were chatting with the employee he referred to me as a he… not surprising and not offended. I was surprised though when my husband called me a he twice to the guy (we were joking around about something).

First and foremost, everyone slips up and I am not at all upset. I still do it very very rarely with him when we are talking about a time before his transition. I also wasn’t sure if it was to just smooth things over with the employee (sometimes its just easier to go with whatever the person I don’t know says instead of correcting him). Whether it was either one I am not at all upset at him or offended.

What I did learn from that and has been on my mind until this morning is that the pronoun thing does bother me. Not at my hubby. He did nothing wrong and I don’t blame it, but every time in the day someone says he (and it happens almost all the time unless I am talking to them directly, which case most of the time they just use my name) it feels like a small punch in the gut.

I can’t tell if this is a new thing, or if this is one of the many things that beat down on me for decades, but I was too numb and depressed to even know what it was. 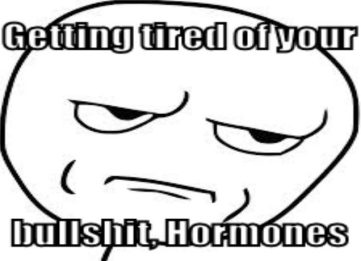 It also could be a rough moment for me. I have surgery coming up in a week, lots of debt I put on our family for it, I am not nearly as far into the feminization of my body by hormones due to my testes fighting me at every step, the fact my hormone levels are all over because of my testes fighting my spiro dose, and after a year I am tired and the initial elation of coming out is gone.

It doesn’t change that I am happier, but it means it has been a rough month. It doesn’t mean I don’t have times where I wonder what the fuck I am doing and why am I bothering. They pass quickly, but I wanted to be forthright about how I felt in my writings. I think I am just in a down spot at the moment, hopefully to be buoyed by regaining my wind, getting some awesome surgery and being able to do something with my hair and eyes when I get back from Scottsdale.

2 thoughts on “A great experience and a realization”